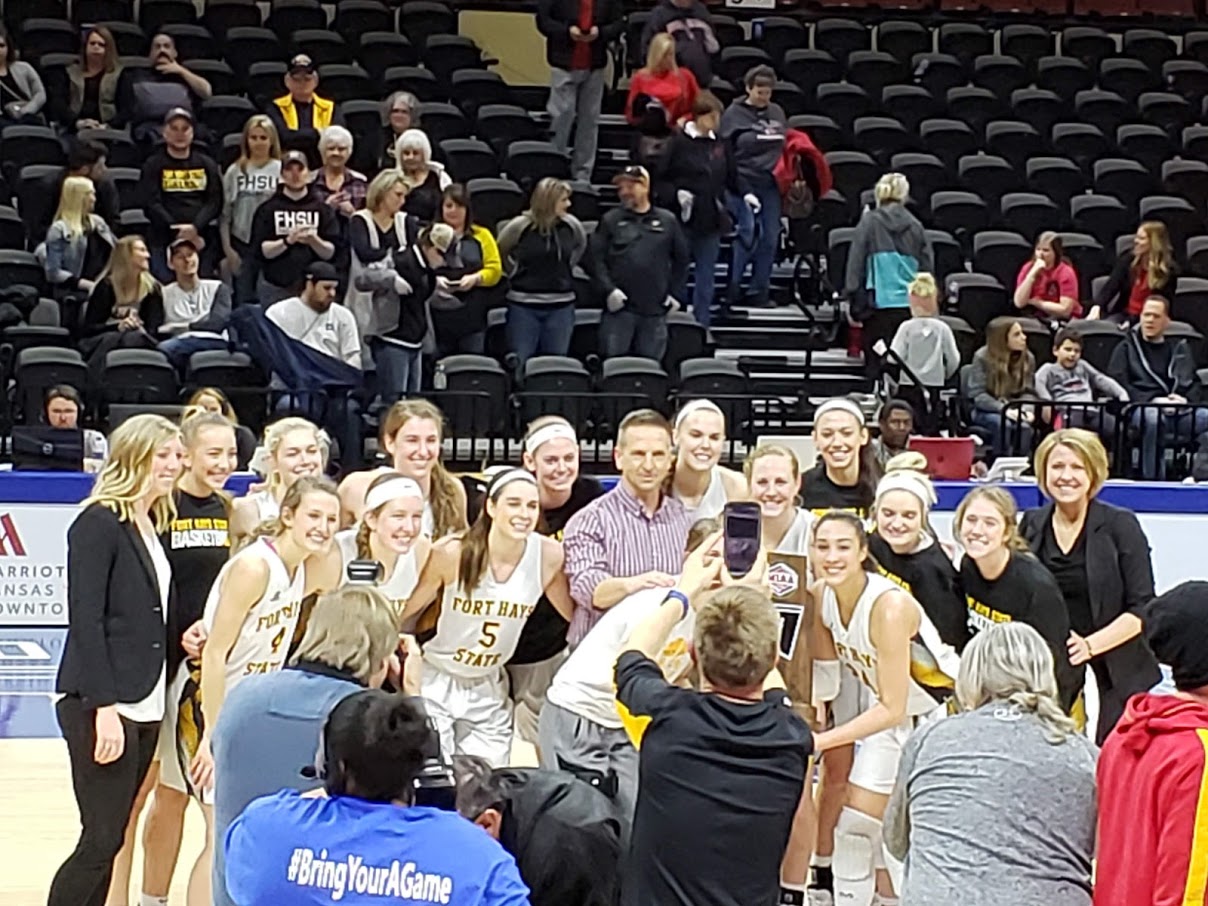 Hello from Topeka!  Congratulations to the Fort Hays State University Women’s Basketball team on the outstanding performance in winning the MIAA tournament in Kansas City over the weekend, they will now host the first round of post season this weekend. Last week was one focused on protecting the taxpayers of Kansas, with the passage of SB 22.  Imagine you find a billfold on the ground, it has cash inside along with the driver’s license. What would you do? What would you tell your kids to do? Return it, right? That’s the right thing to do. When Congress passed the Tax Cuts and Jobs Act, they created unintended consequences that had some people and some businesses paying more taxes to state governments. They didn’t mean to, but that’s what happened. They created a billfold filled with cash and a driver’s license. The choice for us is whether to keep that money and spend it, or to do the right thing and return it. In Kansas we were raised to do the right thing and SB 22 returns that billfold back to its rightful owner.

When Congress made changes to the federal tax code last year, it triggered the need for states – like Kansas – to take action so that families in our state wouldn’t be penalized. That’s what this bill is about. It updates the Kansas tax code so that middle-income Kansans can continue to write-off their medical expenses, property taxes, charitable contributions and mortgage interest.

This is about fairness. Kansans shouldn’t have to pay higher taxes just because they can’t itemize on their federal taxes.

Some people in Topeka seem determined to raise taxes. They’re trying to raise income taxes on middle-income families and homeowners. And I’m saying no. We have to stabilize the budget without constantly going back to the well for more taxes.

This “windfall” from the federal government was never intended to pad the pockets of state government. It was intended to stabilize income taxes for working families and business owners so that they wouldn’t see a tax hike at the state level.

SB 22 is not Brownback 2.0. This bill is not a general reduction in tax rates or exempting certain kinds of income from taxation. This bill was not Kansas state policy but rather a required reaction to federal law changes. Without this bill, taxes would have automatically increased for tens of thousands of Kansans on April 15. I don’t support raising taxes on Kansans, especially when that change comes courtesy of the federal government.

There is no doubt that our state government could find a way to tax this financial windfall. We have needs in many areas. But just because we could spend this money, that doesn’t mean we should. This isn’t money from new businesses or new people moving to Kansas. It isn’t money from economic growth. It is money from unintended consequences of federal policy.

This isn’t just a Kansas issue. Many states across the country have had to change their tax codes in the wake of the federal changes. Red states like Texas and North Carolina but also blue states like New York, New Jersey, Pennsylvania and Connecticut have all realized that the right thing to do is to change their laws so taxpayers aren’t penalized because of changes in tax policy.  I voted for SB 22.

If you want to get more into the full content of SB 22:  For Individuals – adjusts the Kansas tax code so that Kansans with itemized deductions that total between $7,000 and $24,000 can continue to itemize on their state income taxes even if they no longer itemize on their federal income taxes. Some middle-income tax filers might not itemize at the federal level this year due to recent changes Congress made to the federal tax code to raise the standard deduction. Without this bill, these middle-income tax filers would no longer be able to itemize at the state level, triggering a higher state income tax liability for these families.

For Main Street businesses—eliminates an unfair playing field that makes it cheaper for out of state businesses to sell to Kansas customers because they don’t have to collect sales taxes like Kansas businesses do. Removes liability from individual Kansans to track, record, and report out of state purchases and places that liability on the out of state merchant where it belongs. Stops giving out state businesses an upper hand so that our local brick and mortar store owners can compete.

For every Kansan who buys groceries—lowers the food sales tax by 15% so every Kansan will see a drop in their tax burden every single time they go to the grocery store.