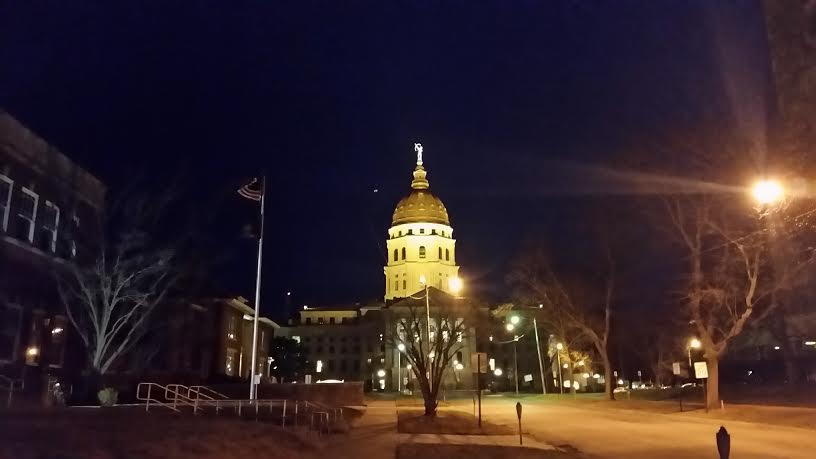 Hello from Topeka. Yes, we are in week two of the wrap-up session. The biggest issues are still looking for answers, school finance, budget and taxes.  Here is what we know as of now:

The K-12 Education Budget Committee held three meetings last week.  On Tuesday, the Committee heard from Revisor Jason Long on HB 2410.  Long provided a copy of the bill updated with the Committee’s amendments.  In addition, he described technical corrections that will need to be made to the bill.  The Committee learned that the Legislative Post Audit Committee has approved two K-12 related audits on: Evaluating the Use of Assessed Valuation Per Pupil (AVPP) as the Basis for State Equalization Aid (requested by Rep. Campbell) and Reviewing the Accuracy of Free-Lunch Student Counts (requested by Rep. Landwehr).

On Wednesday, the Committee heard from Revisor of Statutes Gordon Self and Tax Committee Chairman Steven Johnson on the possibility of putting financing within HB 2410.Self discussed the two-subject prohibition and the importance of having a connection between the subject of the bill (education) and financing. Rep. Johnson provided documents regarding the fiscal notes on various tax law changes and components of tax law for Tax Year 2012, current law, Sub. for HB 2178, CCR for HB 2067, and CCR for SB 30.

On Thursday, the Committee heard from Jeff King, Legislative Counsel.  King gave the Committee an overview of his analysis on HB 2410.  King also focused on the Court’s objective for more resources to be targeted to the lowest performing quartile of students.  He indicated that the amended bill has less targeted resources to at-risk students than the introduced bill.  The Committee will continue to discuss the bill on Monday.

The Tax Committee, which I serve on, received a briefing on the Consensus Revenue Estimates from Chris Courtwright, KLRD, on Monday.  He discussed the various components of the tax receipt estimates and predicted growth, along with more general information about the Kansas Economy.  A long memo with much more detailed information will be provided by KLRD soon.  Courtwright also provided a document comparing components for tax year 2012, current law, Sub. for HB 2178, and HB 2420.  On Tuesday, the Committee worked HB 2380, which would allow additional sales tax authority for Marion County for property tax relief, economic development, and infrastructure projects.  The Committee recommended the bill favorably.  The Committee also discussed the bill index (listing of all the bills in Committee) and provided feedback to the Chairman on those bill and various tax proposals.  On Thursday, the Committee heard from JG Scott, KLRD, where the State General Fund profile was discussed.

Also, last week, the House Appropriations Committee began its discussion of the Omnibus Budget bill.  This week, the Committee met on Tuesday to hear the Claims bill (Claims against the state), SB 109.  The Committee was also provided follow-up information on items identified during the Omnibus discussion.  On Thursday, the Committee worked HB 2418, regarding creation of an on-site state employee health clinic, and HB 2419, regarding parameters for a Budget Stabilization Fund.  The Committee passed out both favorably (with amendments on HB 2418).  On Friday, the Committee heard from Secretary Tim Keck, Kansas Department for Aging and Disability Services.  Keck provided additional details on the Osawatomie State Hospital and the security costs related to the Conceal Carry Plan of Action.  The Committee learned that obtaining re-certification brings the loss of federal funds from $1 million/month to $600,000 loss/month.  The Committee requested that Keck provide an action plan for Conceal Carry that plans for implementation on July 1, not the 10-month timeframe provided by the agency last week.

We will see what develops this week with these and any other issues which cannot wait until next year.

Congratulations to the area high school students who are ready to start the next page in their lives.  I look forward to watching them spread their wings and take on the world.

It is an honor to serve as your representative.