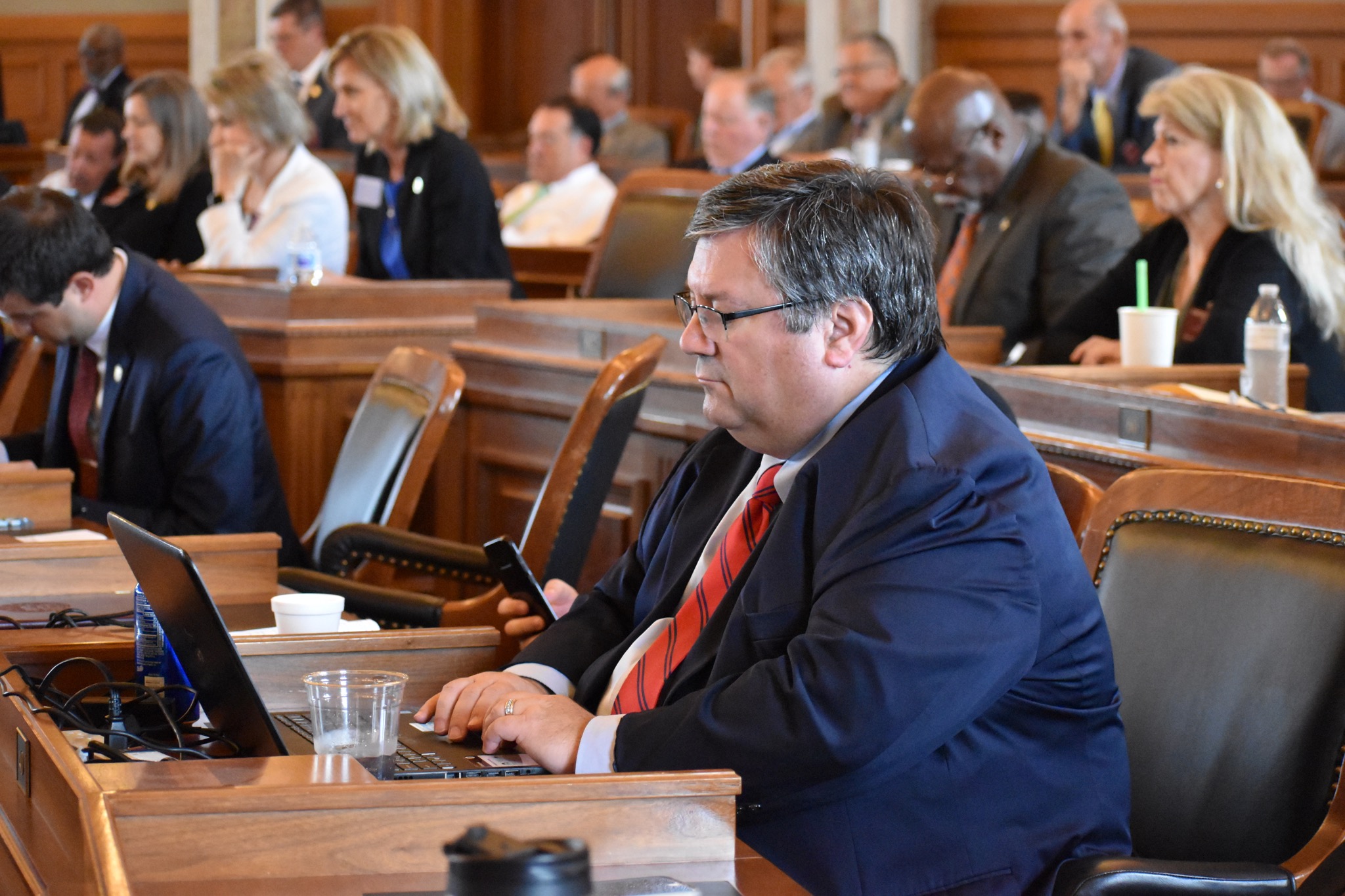 Hello from Topeka.  Kansas Emergency Management Act (KEMA)  Last week, both the House and Senate advanced Senate Bill 40. The House voted 118-5 and the Senate followed with a 31-8 vote. The bill addresses the COVID-19 pandemic, while also addressing future emergencies and disasters.

In current law, executive orders issued by the governor during the COVID-19 emergency must be reviewed by the State Finance Council—the council that Governor Kelly chairs. SB 40 would require the Legislative Coordinating Council (LCC), a council made up of legislators exclusively, to review these orders. These executive orders must be reviewed within 24 hours and may be revoked. This adds accountability and inserts extra layers of checks and balances. In addition, all the governor’s current executive orders will be revoked on March 31, 2021, including the mask mandate. The governor would still be restricted from limiting the gathering or movement of Kansans attending religious, civic, business, and commercial activity. She also would not be able to restrict the sale and ownership of firearms and ammunition. The bill would also allow the Legislature or the LCC to revoke health orders issued by the Secretary of Health and Environment.

The COVID-19 emergency disaster declaration is extended only through May 28, 2021 with some caveats. Previously, the State Finance Council was able to extend disaster declarations. This bill moves that authority to the LCC, ensuring additional legislative oversight over disaster declarations. During this specific disaster emergency, the governor would not have the ability to unilaterally close schools. Only local school boards would have that authority to take action that includes closing of any school or authorizing any form of attendance other than full-time, in person instruction. The governor would also not be able to unilaterally close businesses.

Lastly, if individuals been aggrieved by an executive order, a school board’s decision, or a municipality, can request a formal hearing. A board would be required to conduct a hearing within 72 hours. A civil action suit could be filed in a local district court or in the Shawnee County District Court as well. SB 40 was passed with overwhelming bipartisan support by the House and Senate, and has been sent to the governor’s desk, who has until April 4th to act on the bill.

House Formally Opposes “Packing” the U.S. Supreme Court Our Founding Fathers did not include any provision in the U.S. Constitution that speaks to the composition of the U.S. Supreme Court. As such, over time, Congress has increased and decreased the membership of the court from as few as five and as many as ten. While Congress and former presidents have made efforts to “pack” the Court, the size of the Court has not changed since 1869—one chief justice and eight associate justices.

Late last week, the House adopted HCR 5013, which formally urges Congress to adopt the “Keep Nine” constitutional amendment. If adopted, this amendment would codify in the U.S. Constitution that the Court would be composed of nine justices, effectively preventing Congress or the President of the United States from undermining the independence of the Court. Upon approval from the Senate, a normal letter will be sent to Congress expressing Kansas’ opposition to court packing.

House Approves Kansas Promise Scholarship Act On Tuesday, the House passed House Bill 2287. Known as the Kansas Promise Scholarship Act, this legislation is designed to help get Kansans back to work and help build the workforce needed to further boost our state’s economic recovery. HB 2287 will provide scholarships to Kansas high school graduates who agree to complete a certificate or two-year program in one of 10 high- demand areas. The program may be completed at a community college, technical school, or trade school. The high-demand areas will be determined in consultation with employers and the Department of Commerce. Last year, Governor Kelly vetoed the bill that contained the Promise

Scholarship Act. Due to the onset of the pandemic at that time, the Legislature was unable to pursue an override of the veto. The bill passed 115-9.