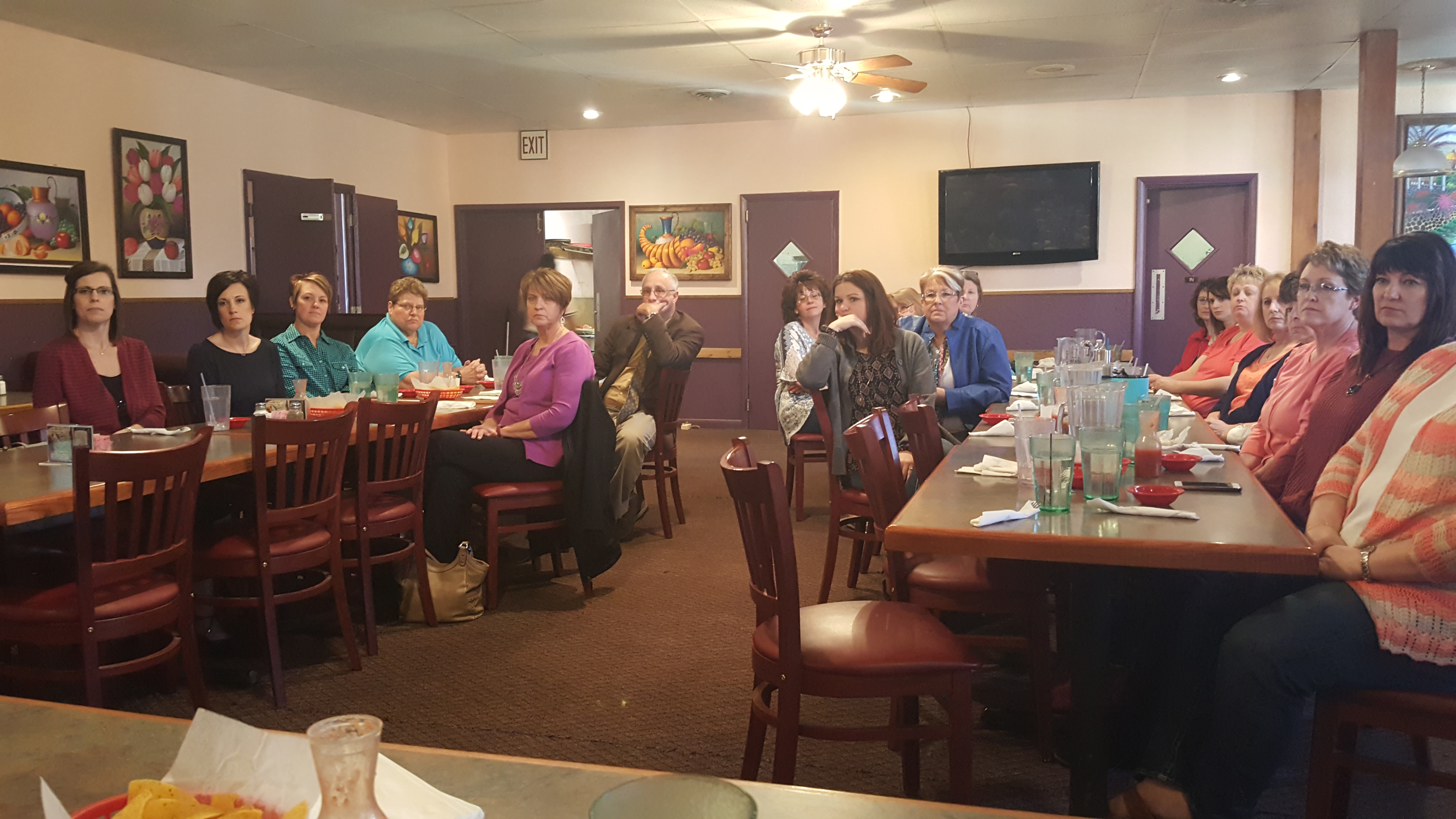 What do legislators do on "Spring Break?"

Hello from Agra!  Our thoughts continue to be with the folks in the Norton community, we lift you up and wish you strength and healing in the days and weeks ahead.

The Kansas Legislature is on a “Spring Break” until May 1st, so it is a time to catch up on other work, visit with constituents and attend meetings to hear directly from those we serve.  I have the privilege of serving as Chairman of the Higher Education Budget Committee and am a strong supporter of all of the University, colleges and technical schools in the state, and last weekend attended functions celebrating the successes and opportunities at Manhattan Christian College and Colby Community College.

There was a lot of activity right before first adjournment and wanted to share a few highlights with you this week:  Following several rounds of negotiations, the budget conference committee was unable to come to a final agreement on SB 25, which is the bill in which all budget positions are being discussed.  House and Senate negotiators left all decided positions frozen and will take up conferencing when the Legislature returns for Veto Session.

House Appropriations and Senate Ways and Means Committee will meet just before the start of Veto Session to put together Omnibus budget bills.  The meeting is set for April 30.  The Committees will meet jointly to receive the Consensus Revenue Estimates (CRE), caseloads adjustments, and potentially Governor’s Budget Amendments (GBA), prior to holding separate meetings.  The CRE is determined by the Consensus Revenue Estimating Group, which has representatives of the Division of the Budget, Kansas Legislative Research Department, Kansas Department of Revenue, and economists from the University of Kansas, Kansas State University, and Wichita State University.  The group meets twice each year, generally in November and April.  The CRE is the official revenue projection for the State General Fund.  Estimates are made for the budget year and adjustments are made for the current and out year.  The Governor uses the November estimate to finalize her budget recommendations.  The spring CRE will be released on April 18 and may be used by the Legislature to adjust expenditures.  The CRE and Budget Conference positions can be found here.

The House approved of the conference committee report of SB 67, which would require a physician to verbally inform a woman, who is seeking a medication abortion, that she may be able to reverse the intended effects of the abortion before the medication regimen is complete.  The bill specifically applies to medication abortions induced via mifepristone (also known as RU-486), which is followed by a second pill named misoprostol.  The first pill is taken in the presence of a physician and the second is taken at home.  Under this bill, the physician must inform the woman 24 hours before the abortion takes place of the possibility of reversing the intended effects of the abortion, before the second pill is taken.  In addition, the facility where the first pill is administered must post a sign with the same details.  The conference committee amended the bill to require a report to be sent to KDHE regarding APR.  The report would include the prescription/administration of progesterone, the failure of the progesterone treatment to reverse the effects of the medication abortion, and the maternal and newborn health conditions, at the time of birth, if a pregnant woman successfully reversed the pill-based abortion. Seven states have enacted APR legislation, including Arizona, Arkansas, Idaho, Kentucky, North Dakota, South Dakota, and Utah.  Four states including Kansas are considering this type of legislation. This language was previously in HB 2274 (sponsored by 60 representatives) and SB 167 (sponsored by 21 senators).  SB 67 was approved with a veto-proof majority vote of 85-35.  The bill has been sent to the Governor for consideration.

The House passed HB 2144, which would require community colleges to post on their respective websites their tuition rates, fees, cost per credit hour, percentage of students attending each campus, enrollment, percentage of students residing inside and outside of the community college district, property tax revenues and mills levied over five fiscal years.  Specific student fees imposed by the colleges would be required to be spent on those particular purposes.  Billing statements must also include student fees broken down by purpose.  The aggregate amount disbursed for the two previous fiscal years for scholarships, foundation scholarships, and Pell Grants for students residing in the community college district and those who reside outside the state.

Property taxes are levied within a community college district to fund the local community college.  Requiring that these colleges post property tax information along with scholarship information, general credit hour costs and other information digitally ensures that taxpayer dollars are spent appropriately and adequately.  Disclosing the specific purposes of each student fee also guarantees this.  HB 2144 would also allow community college students and prospective students to verify which offered courses will afford them the opportunity to transfer to a Regents institution, should they decide to attend any of those institutions. The House concurred with amendments in conference with a vote of 116-6.  The bill has been sent to the Governor for consideration.

And, the House passed HB 2209, which would primarily exempt a nonprofit agricultural membership organization in Kansas, the Kansas Farm Bureau (KFB), from the jurisdiction of the Commissioner of Insurance should healthcare benefit coverage be provided to its members.

This healthcare benefit coverage would allow KFB to offer affordable plans that are available to members without the threat of cancellation.  It would be individually rated, allowing KFB to accurately asses risk to keep premiums affordable as well.  KFB’s coverage is not considered health insurance and is not offered by an insurance company.  It is not an association health plan, not compliant with the Affordable Care Act, and not a mandate.  HB 2209 and KFB’s coverage offers an affordable alternative to high healthcare coverage costs in Kansas, reduces the number of Kansans without coverage, provides an additional revenue source for the state, provides an incentive for Kansans to remain on the farm and helps starting businesses by reducing healthcare costs.  The bill would also expand association health plans and amend the Insurance Code to exempt an entity providing non-insurance healthcare benefits coverage.  Like the KFB portion of this bill, these provisions would also be exempted from the jurisdiction of the Insurance Commissioner.

Secondly, the bill would prevent life insurance companies from refusing to insure individuals who are living organ donors.  Organ donors would be subject to the same standards as individuals who are not organ donors.  This is a commonsense measure to protect those who have chosen to donate their organ(s).  Thirdly, the bill would require a life insurance benefits to be payable to owner or the beneficiaries, and in the event they could not be found then the benefits would revert to the state as unclaimed property.  The insurance company would be required to notify the State Treasurer should the beneficiary not submit a timely claim or the company has been unable to contact the beneficiary.  The unclaimed policy would then be required to submitted to the State Treasurer. Lastly, HB 2209 would allow the Kansas Board of Regents (KBOR) to purchase cybersecurity to protect student records and other sensitive information without typical purchasing compliance procedures of the Department of Administration, and also independent of the Committee on Surety Bonds.  This would allow KBOR to more easily acquire protection for taxpayer kept data. The House adopted the Conference Committee Report with a vote of 116-6.  The bill has been sent to the Governor for consideration.