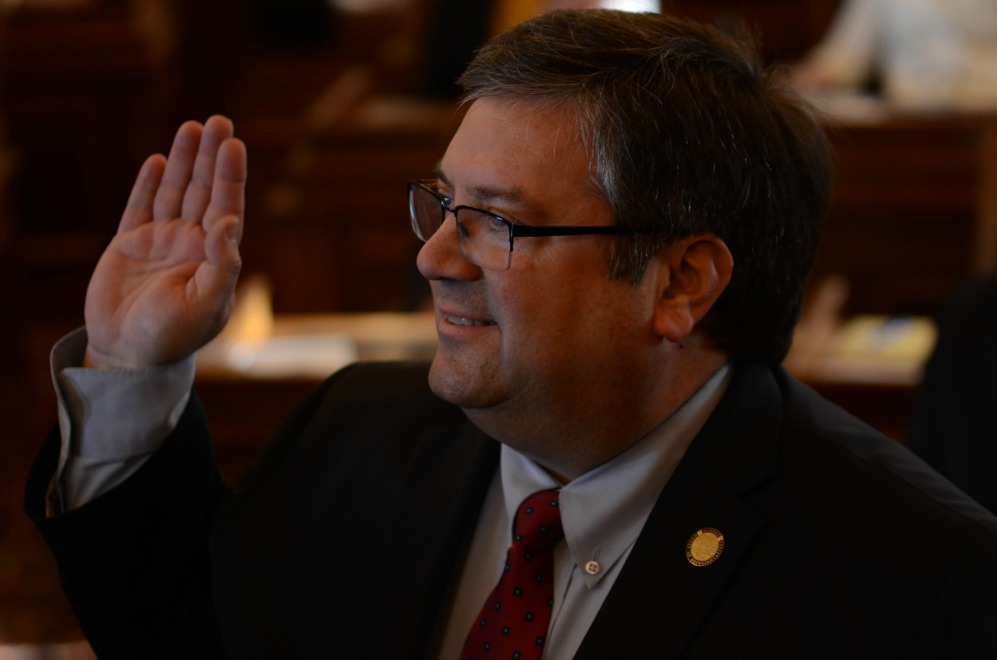 Hello from Topeka!   The first week of the 2017 session saw all members being sworn in and Governor Brownback delivering his sixth State of the State Address. There were also numerous bill introductions and the start of finding ways to make up for the budget deficit for the remaining fiscal year.  Tough decisions will be made and one of the underlying themes in this legislative session is “compromise”, so I am not expecting to get everything I would like, but am hopeful a package will be agreed upon which does not derail any positives in the economy.

On Wednesday, Shawn Sullivan, Director of the Division of the Budget, presented the Governor’s Budget Recommendations to a joint meeting of the House Appropriations and House Taxation Committees.  The stated goals, of the Governor’s Fiscal Year (FY) 2018 and FY 2019 budget proposal, are to protect core services, gain additional efficiencies and achieve structural balance with more ongoing revenue than ongoing expenditures.  Additionally, the Governor’s budget met a goal of having an ending balance greater than 7.5 percent in FY 2019.

The Governor is addressing the FY 2017 budget in a rescission bill [HB 2052]. The bill makes revenue adjustments, including transferring $317 million from the Pooled Money Investment Board (PMIB) to the State General Fund (SGF).  Expenditures are also adjusted, including not funding the Kansas Public Employee Retirement System (KPERS) at the approved FY 2017 level.  The Governor’s FY 2017 budget contains an ending balance of $99.6 million.  The FY 2018 and 2019 budgets will be addressed in a separate appropriations bill.  The proposal includes transfers from other funds, securitization the 1998 tobacco settlement funds, and tax policy proposals to bring in greater revenues to the budget.  Several expenditure adjustments are made, with more KPERS changes, and the capture of additional efficiencies that were part of the efficiency study commissioned by the Legislature. The Governor’s budget reflects a focus on increasing Medicaid reimbursement and addressing critical rural health care services and a rural teacher scholarship program.  As noted, the planned ending balances grow to $216.5 million in FY 2018 and $538.7 million in FY 2019.

The Taxation Committee will have a long day on Thursday, hearing testimony on H.B. 2023 which deals with pass-through income for income tax purposes, many call this the “LLC Loophole.” It will be another busy week in Taxation, Transportation, Water & Environment.