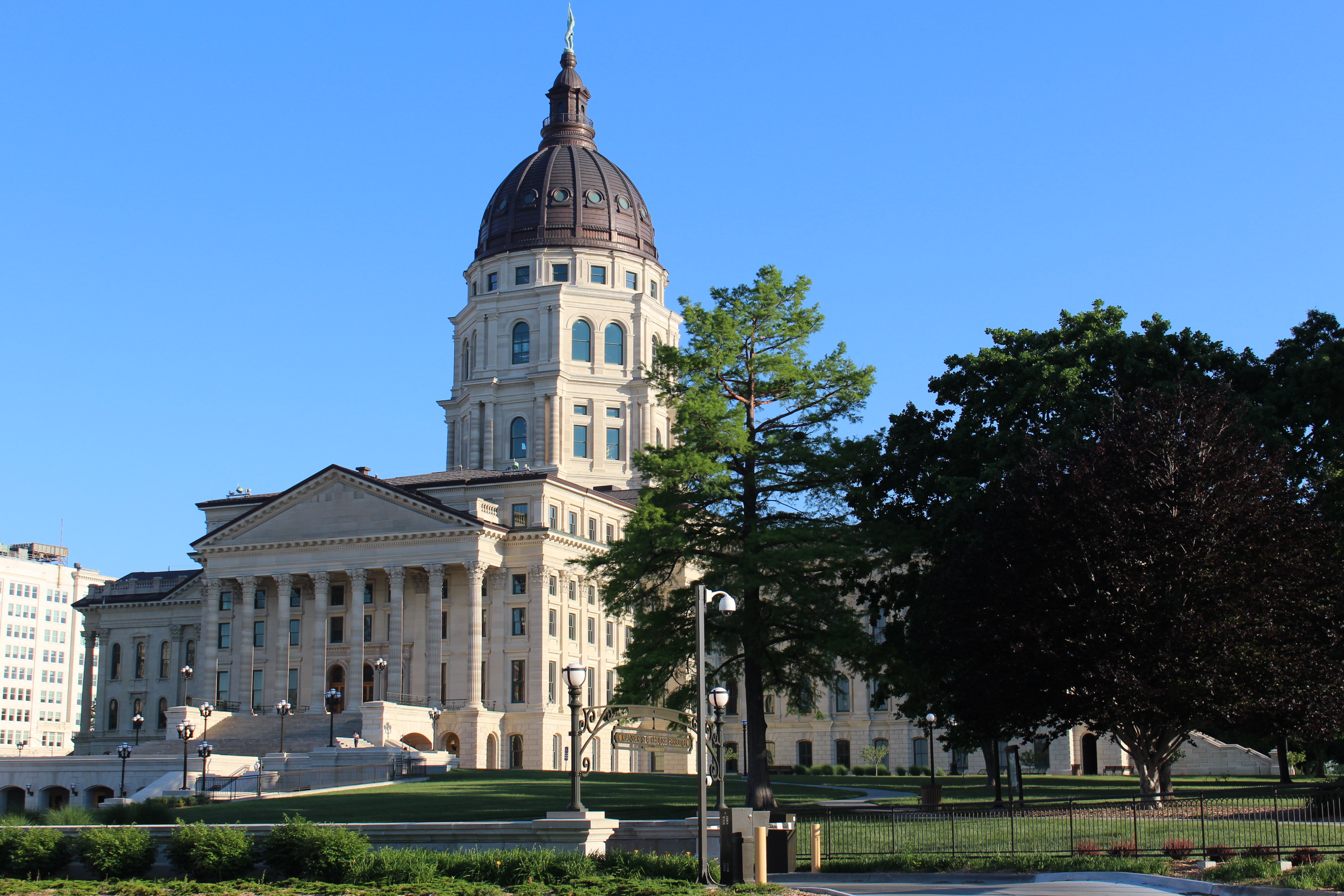 Hello from Topeka and Happy Birthday Kansas!   Probably the biggest news this past week was Governor Brownback confirmed as Ambassador-at-Large for International Religious Freedom. He is resigning this week and Lt. Governor Jeff Colyer will occupy the southeast corner of the capitol building. At the time I am writing this we do not know who the new Lt. Governor will be, so we have that to look forward to.

The conversations continue on school finance, last week the House Republican caucus heard from Rep. Blaine Finch, Chairman of the Special Committee on a Comprehensive Response to the School Finance Decision.  Other Representatives serving on the interim committee were Rep. Campbell, Rep. Johnson, Rep. Trimmer, Rep. Waymaster, and Rep. Winn.  The interim committee was charged to: review and analyze the recent Gannon v. State decision; identify the responses available to the Legislature and the consequences of each; and explore options to reduce or eliminate the perpetual cycle of conflict over school finance and end the perennial and recurrent threat of school closures.

Caucus members also discussed how the case was presented to the Supreme Court, including how the Legislature showed its work.  Speaker Ryckman indicated it is important that an expert be involved in the case.  Since it is important for an expert to be involved in the case, the Legislative Coordinating Council (LCC) hired an expert to perform a cost study by March 15.  Once completed, that study will be peer reviewed, along with previous cost studies by Augenblick and Myers and Legislative Post Audit.

The Speaker emphasized that school finance is a math problem.  90 percent of the state’s budget is expended for: Education, KPERS, and Social Services.  If $600 million is added to the K-12 system, the K-12 share of government could rise to 60 percent.  It will be important to prioritize spending.

One piece of information that was brought up is the time and money that the State has spent on defending itself.  According to KLRD, the Attorney General’s Office has expended almost $1.6 million, as of March 1, 2017.  The Speaker noted that the House lead on this issue last session and will lead again year.  It is also important to look beyond this year, looking at the fiscal impact on the outyears.

It looks like we will have a new prison at the Lansing Correctional Facility as the State Finance Council convened to consider action on the Lansing Correctional Facility project.  2017 HB 2002 called for the State Finance Council to approve the project following review and consultation with the Joint Committee on State Building Construction and the Legislative Budget Committee.  Those Committees discussed the project during interim meetings.  The Council first considered the project on January 4, holding an informational briefing on January 11.  The prison’s construction and maintenance will be through a lease purchase agreement with Core Civic.  The prison’s operations will continue to be through the Department of Corrections.  The Council approved the project with a 6-3 vote.

The first votes of the session were HB 2482, which would effectively change the time in which drinking establishments would be able to serve, mix, or consume alcoholic beverages on the premises from 9:00 a.m. to 2:00 a.m., to 6:00 a.m. to 2:00 a.m.  This change would extend this daily period by three hours.  Proponents argued that this bill would improve opportunities for restaurants and businesses to attract additional clientele, particularly those working night shifts and individuals seeking breakfast opportunities.