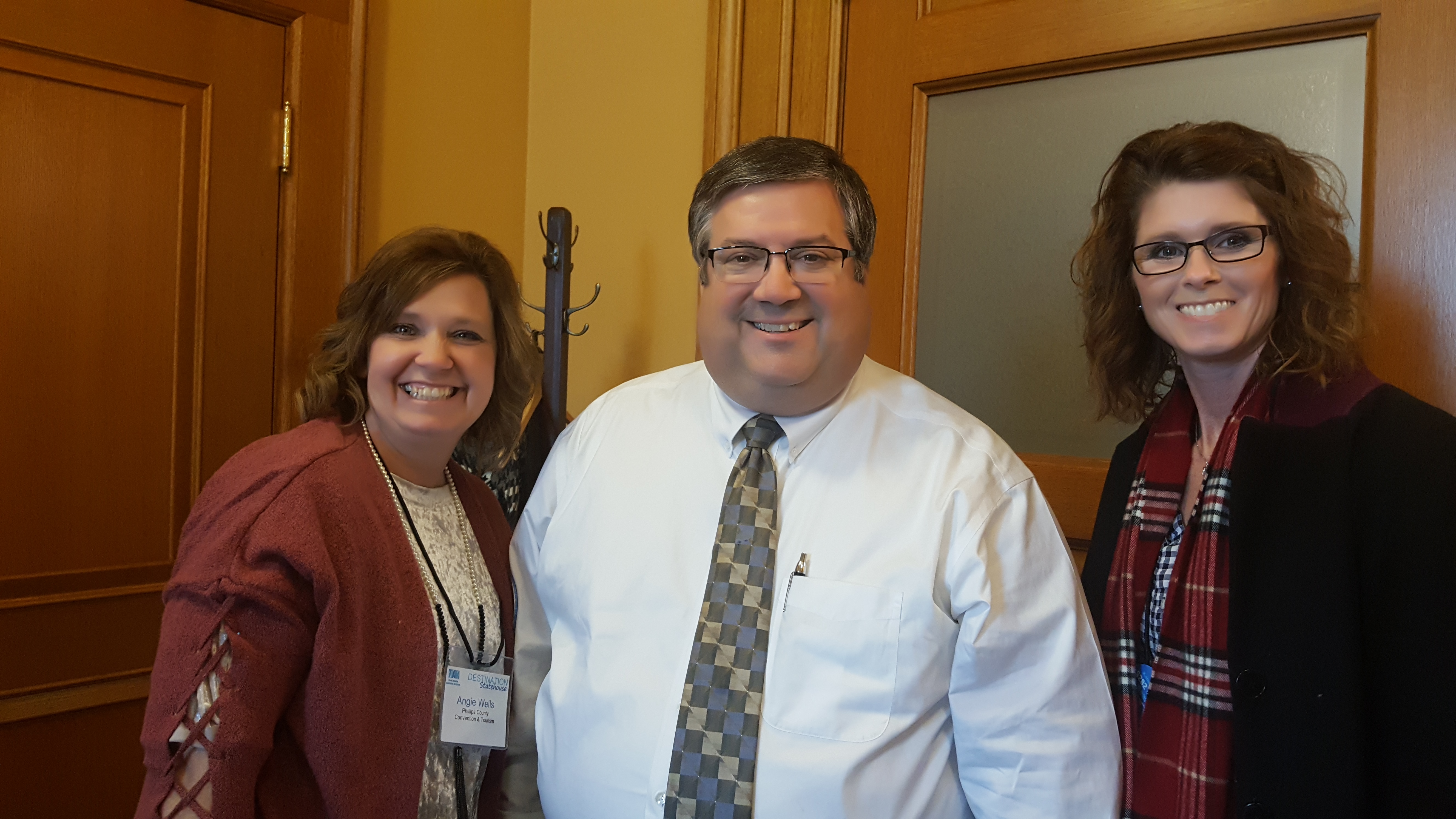 Hello from Topeka!  It was a busy week with lots of folks from the 110th District coming to the capital city. County Treasurers, firefighters, real estate agents, bankers and tourism and others saw state government up close and personal.

One of the highlights was Governor Colyer addressing a joint session of the House and Senate..  He began by outlining his new administration: a new policy team, a new communications team, and six major changes to the cabinet: Commerce Secretary, DCF Secretary, Commerce Secretary, Chief Budget Officer, Chief of Information Technology, and Lieutenant Governor.  Additionally, the Governor created the position of Chief Operating Officer, in effort to foster more of a business approach, and then focused on three main points: reform, jobs, and education.

Reform—Governor Colyer revealed his intention to sign four executive orders, of which would create a safer and more transparent workplace.  First, no charge for open records requests of less than 100 pages.  Second, institute policies to ensure that official business is conducted on state emails only.  Lastly, the implementation of performance metrics for cabinet agencies as well as a one-stop-shop website to post open meetings, locations and materials.  The Governor also touched on the executive order he signed on Monday, which requires all executive branch employees, interns, and contractors to undergo mandatory annual training seminars.

Jobs—He made note that the state unemployment rate is 3.4%, the lowest in seventeen years, and that there are 48,000 unfilled jobs across the state.  Instead of having people looking for jobs, jobs are looking for people.  Governor Colyer unveiled his “(Re) Employment Plan”, which will provide skills assessment, resume, interview and networking assistance to the labor market, at no cost.

Education—The Governor invoked the names of the nine previous Kansas governors, and stated that under each administration, each of them had the specter of education lawsuits overshadowing the process.  He also articulated that schools must stay open, a definitive school finance formula is necessary, the need to improve accountability and to strive for better outcomes for students.

Also last week, the Federal and State Affairs Committee heard SB 262.  The bill authorizes the Capitol Preservation Committee to approve plans to place a permanent statue of Dwight D. Eisenhower on the Capitol grounds.  The statue will be placed in the NW quadrant of the Capitol grounds.  The statue is a replica of the bronze one created by Jim Brothers that is in the U.S. Capitol rotunda.  The bill also authorizes the Department of Administration to receive moneys from grants, gifts, and contributions to finance the construction of the statue and the pedestal it will sit upon.  The funds have already been raised for the statue.

On Thursday, I was honored to chair the committee of the whole where the House debated and voted upon the measure.  SB262 was approved by the House with a vote of 123-0.  The bill now awaits action by the Governor and will go into effect upon publication in the Kansas Register.