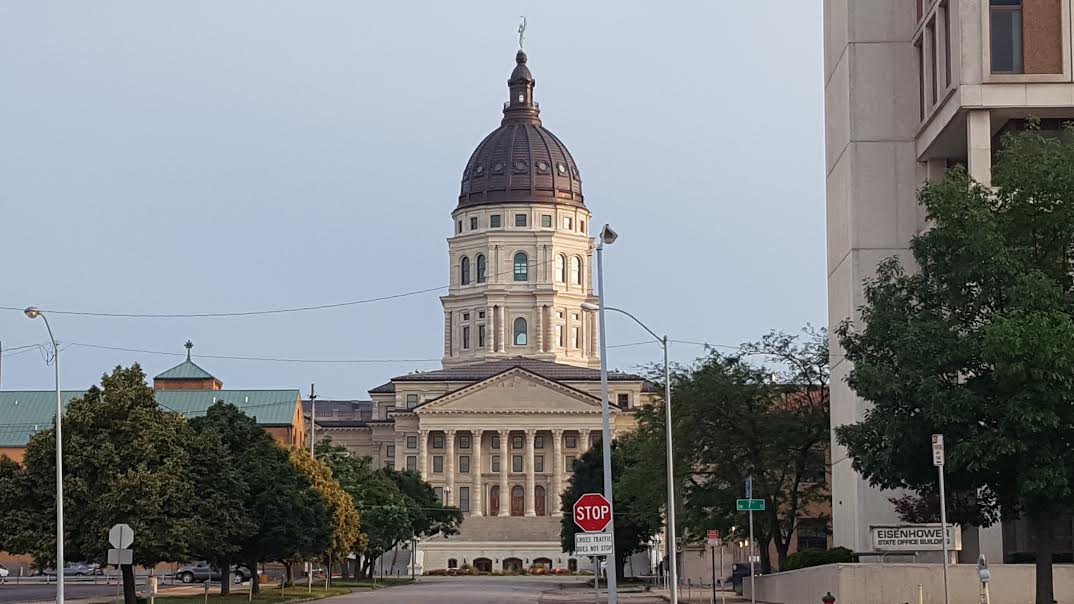 Hello from Topeka.  We are in the last week of the 2017 legislative session with first adjournment scheduled for this Friday.  It will be a week filled with many votes on school finance, budget, taxes and other year-end business.  To begin the week, the biggest issue is the vote on rather to override the Governor’s veto of Medicaid expansion in Kansas. I heard from several from the 110th District and many from all over Kansas and from around the nation.  Because of the deadline of this column, the vote has not been taken at the time this is being written, but I am voting against overriding the veto.  I voted against expansion a few weeks ago, and while I appreciate the passionate discussion from citizens, I still believe that the cost of expansion will place Kansas in a deep financial strain for many years to come.  The Kansas federal delegation is working on a solution, and I believe over time a workable solution will be put into place.  While one of the caveats is that Kansas would drop out of the program if the reimbursement rate goes under 90 percent, I find it hard to believe that Kansans would not want to remain in the program and where would the money come to pay for it?  I see it coming back to the counties in the form of property tax and that is something that I do not support.

This issue has brought many passions on both sides and I am sure there are those who will like my position and those who will not like it.  I ask that you continue to contact me with your questions and concerns, it is better than hearing something second hand or reading something on social media which may not be the full story.  There are many issues in these last days of the session which are not settled and I will do my best to discuss ideas with you at any time.  My contact information is at the end of this column.

This week we will be voting on a flat income tax proposal of 5 percent, it puts back things like full exemption of medical expenses, but does not have any exemption for home ownership.   I do not think it will pass out of our chamber and we will continue to look at some form of tax structure which both houses and the Governor can agree on.  It will be a compromise of some sort, and it will probably be May before a final agreement is reached.

The Mega Budget bill is not balanced, so it will be still be worked on and will be something that will be finalized in the veto session and I did not add discussion points on a school finance formula because it is not compete yet and the preliminary ideas are not reality, but do keep in mind that U.S.D.’s which have lost students over the last few years will have some reduction in funding, we are working with members of the committee to keep those losses at a minimum.

I would encourage you to keep up with what is going on in these final days of the session to go to www.kslegislature.org, this will keep you up to date with changes in bills and votes taken on legislation.

The legislature will be out until May 1st when the veto session will get underway and per the schedule will last until May 14th.  If business is wrapped up we could be done early, or possibly go longer.