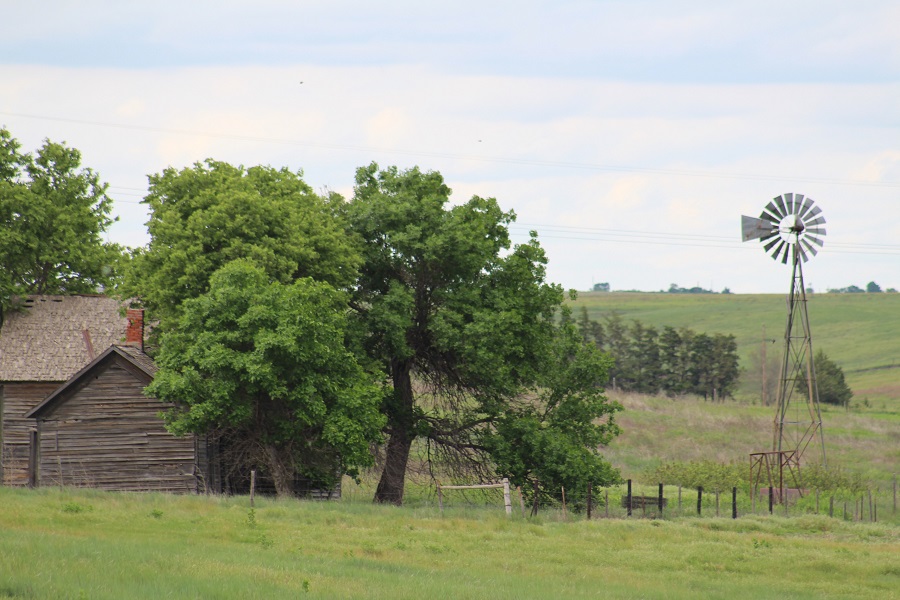 Hello from Agra!  We have reached first adjournment of the 2017 Kansas Legislative Session, after 76 legislative days, the House has passed 166 total bills, including: 127 House Bills, 39 Senate Bills with 7 of these bills have been signed into law by the governor.

The legislators are back in their districts for the next three weeks before heading back for the “Veto Session” which could take a few days or several weeks if agreements can’t be reached on the remaining topics of budget, taxes and school finance.

The House and Senate have concurred on the rescission bill, which would reconcile the budget changes required for FY 2017.  HB 2052 will be signed by the Governor in the coming days, and then the budgets for FY 2018 and FY 2019 must be established once the Legislature reconvenes in May.  While both chambers approved of a tax plan in February, HB 2178 was vetoed by the Governor.  Since the veto was sustained, the House Taxation Committee has been vetting several revenue solutions to address the budget shortfalls.  Discussion will continue during the month of April to devise a comprehensive tax package that will finance the state’s expenditure obligations.  The Appropriations and Tax Committees will be working closely to ensure that a feasible solution is reached before the Legislature adjourns, and will be based on the April 20th Consensus Revenue Estimates.

The K-12 Education Budget Committee culminated its months of deliberative work on the Kansas School Equity and Enhancement Act, HB 2410, on Wednesday.  The bill remains in Committee and will be reviewed by the Revisor and outside legal counsel regarding its constitutionality.  When the Legislature returns on May 1, Chairman Larry Campbell plans to call a Committee meeting to report the bill out.

The provisions of the bill, along with the 5-year phase in costs can be found here:

The explanation of the columns on the run document:

On Friday, the Legislative Coordinating Council approved the hire of former Sen. Jeff King, to represent the state in the ongoing school finance litigation.

Going into the session, we knew we had to come up with a plan to correct the $250 million budget shortfall for FY 2017. The House, on a vote of 108-15, passed HB 2052, I voted for the measure, it was the best of a number of bad choices, but we simply have to balance the budget and no amount of rhetoric will make the deficit go away.  After concerns were expressed with the positions the Budget Conference Committee adopted on KPERS, the House and Senate Budget conferees continued negotiations. The House proposed adding $85.9 million to fund the fourth quarter KPERS payment for the current fiscal year, which the Senate accepted. The bill will now go to the Governor for signature. I still remain very concerned about the long term bonded indebtedness we as a state have and will continue to encourage thrift rather than trying to bond our way to prosperity.

During the legislative break, the House Appropriations Committee will hold Omnibus meetings following the release of the Consensus Revenue Estimates (CRE) on April 20.  The Committee will be briefed on the CRE and will then consider changes to the Mega 2018-2019 budget bill (HB 2364) that they have already adopted.  Changes may include the adoption of Governor’s Budget Amendments, which are adjustments proposed by the Division of the Budget.  In addition, the Committee has deferred a number of enhancements and additional expenditures for review at Omnibus.  The meetings are scheduled for April 26 and 27.

On Friday morning, Representatives, Senators, pro-life advocates, the family of Simon Crosier, and others joined the Governor for the bill signing ceremony of SB 85, also known as “Simon’s Law.”  Other families that have experienced tragedy with their children and do-not-resuscitate orders were also present for the signing.  This bill passed the House with a vote tally of 121-3, and the Senate with a vote of 29-9.  Kansas is the first state in the nation to approve of this pro-life legislation.  With this law, parents and guardians must be aware and approve of a do-not-resuscitate order before a hospital can institute such an order on a child.

Over the past several years there has been a proposal to “Uncork Kansas.”  This has met with greater opposition until this year when a compromise was reached between most of the parties. H Sub SB 13 is the product of long-term negotiations between multiple parties including liquor stores, grocery stores and distributors.  Essentially, the bill would allow convenience stores, grocery stores, and drug stores who are licensed to sell cereal malt beverages (alcoholic beverages with less than 3.2% alcohol by weight) to sell beer with less than 6% alcohol by volume.  Additionally, liquor retailers would be allowed to sell CMBs, and other goods normally sold in grocery stores including tobacco, lottery tickets, fruits and other miscellaneous items.  In 2028, the Director of Alcohol Beverage Control would conduct a market impact study on the sale of beer in grocery stores, convenience stores, and drug stores.    The bill passed the House with a vote count of 80-45, and passed the Senate 27-11, and awaits the Governor’s action.  I voted again the measure.  I stand with local small business owners. Should the bill be signed into law, the provisions would be effective as of April 1, 2019.