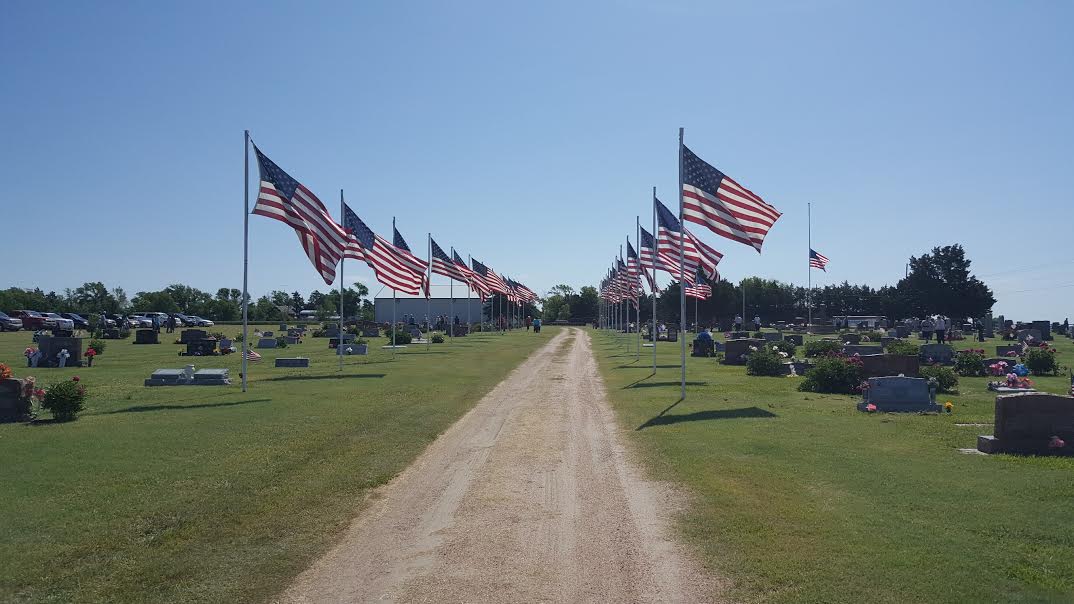 Hello from Topeka.  This past weekend we observed Memorial Day, a day to pay our respects to those who made the ultimate sacrifice in defending the freedom we enjoy every day.  It is a humbling experience to attend the service at the Agra Cemetery as they read the names of those who served, the 21-gun salute by members of the Sons of the American Legion and the waving of the American flags as they line the driveway.  It is a scene repeated all over our nation and all of us should take time to pause and reflect on those men and women who gave their lives for a grateful nation.

The wrap-up session continues with at least a little progress made this past week. The House passed a K-12 school finance formula.  HB 2410 reflects several months of extensive hearings and work by the K-12 Education Budget Committee chaired by Representative Larry Campbell of Olathe.  Fourteen amendments were offered with the following six amendments adopted: 1) Technical amendments. 2) Deleted the Applied Behavior Analysis (ABA) therapy mandate for students with an autism spectrum disorder. 3) Eliminated the Local Excellence Budget (LEB) and replaced with the former Cost of Living weighting.  Further, directed $2.6 million for the Local Excellence State Aid to be shifted to the newly established School District Extraordinary Declining Enrollment Fund, which would be disbursed by the State Board of education.  Districts that can show extraordinary declining enrollment since School Year (SY) 2014-15 could apply. 4) Removed references to the “Local Foundation Budget” and replaced with “Local Option Budget.” 5) Uses the current year headcount for All-Day Kindergarten Enrollment for SY 17-18.  6)  Returned to the former method on military count dates.

After just over 4 ½ hours of debate, the House advanced the bill to Final Action. On Thursday, the House approved the bill with a vote of 84 to 39.  I voted for the measure.  The bill now awaits Senate action.

The Senate Select Committee on Education Finance has met this past week and has finalized a school finance bill.  The contents of SB 251 have been placed into Sub. for HB 2186.  The bill awaits action by the Senate.  KLRD has updated the Supplemental Notes on all school finance measures to reflect the most current action taken, which can be found at kslegislature.org.  You can also find more details on the Kansas Department of Education website: ksde.org

At the time this is being written, the discussions are continuing on a tax plan. Members have been told by leadership to expect to remain in Topeka every day until the tax and budget issues are resolved.  The process is not pretty and simple, and many of us believe our founders wanted the legislative process to be deliberate, but after more than 100 days it is time to finish our work this year and prepare for the 2018 session.

Please continue to reach out to me with your thoughts and concerns. You can email: ken.rahjes@house.ks.gov and my personal cell number is (785) 302-8416.

It is my honor to serve as your representative.