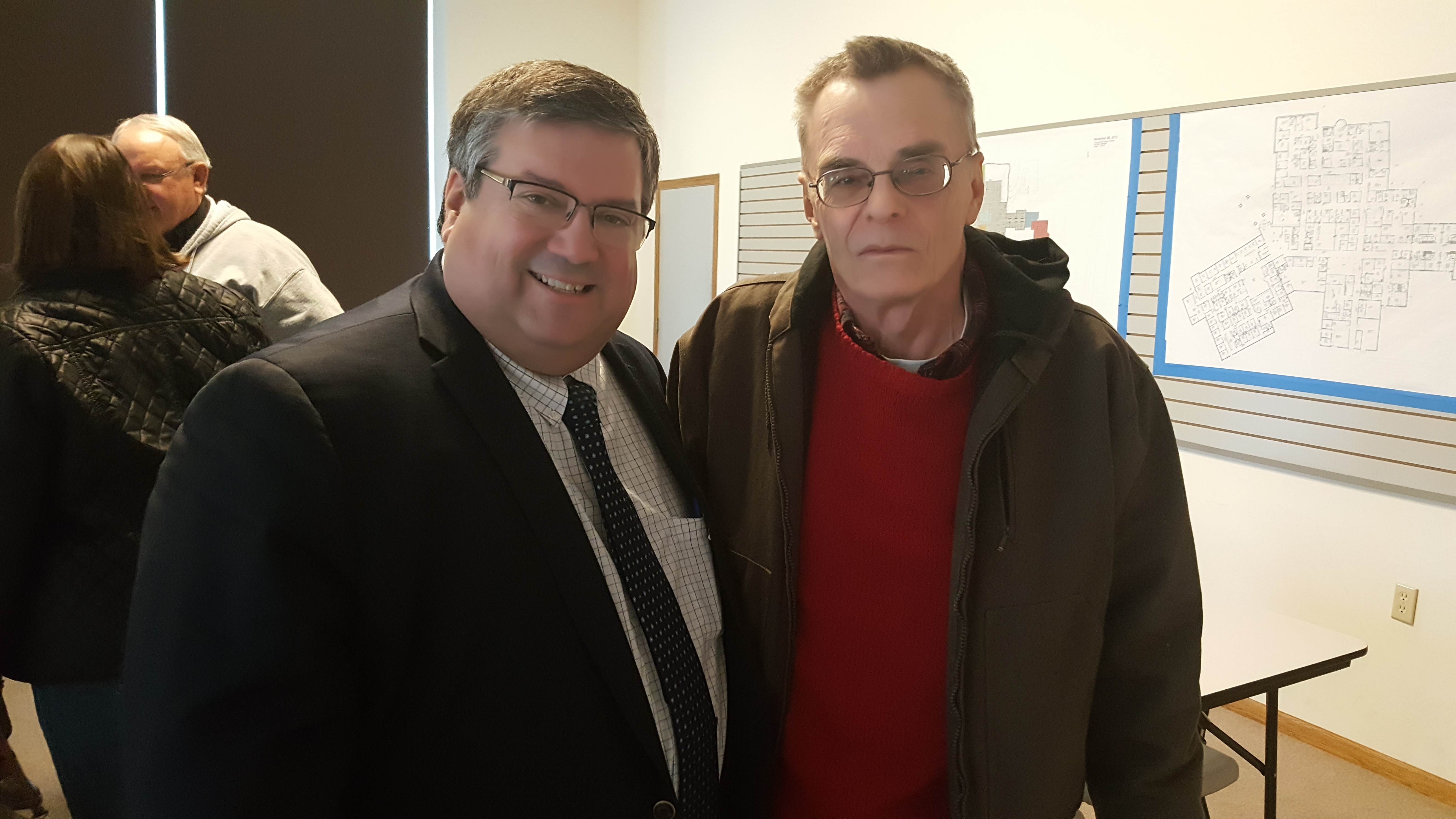 Hello from Agra!  At the time of writing this column, we have a couple of days back in the district as the legislature is at “turn around”, which basically means we are at half-time.  I was pleased to be joined by Senators Bowers and Billinger for legislative updates in Ellis, Plainville, Phillipsburg, Norton and Hill City.  One of the highlights was seeing my high school counselor Mr. Gary Hicks in Plainvillle.   He was one of many teachers who always had the best interest of students in his heart and continues to be a source of encouragement to many in the Plainville area. Thanks to the county farm bureau’s for sponsoring the events and all those who came out and participated.  There are many issues on the minds of constituents, many we do not have answers to yet, but continue to work on.

By my count the House has voted on 90 bills so far, some could have a big impact, others are clean-up and some are updates to outdated statues.  I would like to highlight a couple of them:

House Bill 2674 would create the Kansas Telemedicine Act, in effort to establish coverage parity between in-person and telemedicine-delivered healthcare.  Under the provisions of the bill, telemedicine must meet the same standard of care as an in-person interaction and would increase access to healthcare services for patients in both rural and urban areas.

Not only would patients have increased access to services that aren’t readily available to them in their community, but also affords them greater convenient access, which may reduce long term health care costs associated with treatment due to a lack of services.  In addition, HB 2674 provides coverage parity because the healthcare services provided could not be denied for reimbursement solely on the basis of having been delivered via telemedicine or based on the lack of a physical location.  Physicians, physician assistants, advanced practice registered nurses, and licenses mental health professionals alike would be able to dispense their services via telemedicine to patients in a more convenient manner, thereby improving the health and lifestyle of many who have difficulty accessing immediate healthcare.  The bill would also prohibit any authorization of delivery of any abortion procedure via telemedicine, and such language in the bill is no severable.  HIPAA laws would apply to telemedical services in the standard manner, and patient confidentiality would be protected per usual. It passed by a vote 0f 117-0.

Also last week, the House passed three corrections-related bills that present commonsense solutions, including harsher penalties for those who make false 911 calls, require the release of law enforcement body camera footage to those who are involved, and to provide monetary compensation to individuals who have been wrongfully convicted and imprisoned.  HB 2581, also known as the “swatting” bill, was originally drafted in response to the rising frequency of false 911 calls resulting in the unnecessary deployment of swat and law enforcement, but more specifically due to the death last year in Wichita.  A California resident disguised his phone number and called the authorities of Wichita, and claimed he was armed and dangerous, and resided in a Wichita household.  Swat members were deployed under such impressions, and a resident was killed at the scene.  This bill would significantly increase the criminal penalties for individuals who make these prank calls.  Should such calls result in a fatality, the sentencing level would be a severity level 1, person felony, the harshest penalty on record in Kansas.  This bill was passed by the House unanimously and may now be considered by the Senate.

Additionally, the House passed HB 2571 which would require a law enforcement agency to allow designated individuals to hear or view any audio or video recording made by a body or vehicle camera within twenty days of receiving a request for information.  Such designated individuals include the subjects of the recording, a parent or legal guardian of a minor who is involved, a legal heir to those involved, or an attorney representing any of these individuals mentioned.  This bill also passed the House unanimously and may now be considered by the Senate.  Lastly, HB 2579 entitles individuals who have been wrongfully convicted and imprisoned to receive $80,000 for each year of imprisonment, as well as $25,000 for each additional year served on parole or postrelease supervision.  Claimants would be entitled to receive reasonable attorney fees and costs incurred as well, and such wrongfully convicted crimes would be expunged from their records.  HB 2579 passed the House 116-1, and may now be considered by the Senate.

We also passed a bill (HB 2539) to establish qualifications for candidates seeking certain statewide offices including the Attorney General required to be an attorney.  HB 2583 would amend statutory provisions relevant to the eradication of noxious weeds and would establish an advisory committee to recommend the designation and classification of noxious weeds in Kansas. We also passed HB 2701 which would establish the Statewide Broadband Expansion Task Force, which would be required to evaluate the broadband needs of Kansas citizens, businesses, industries, institutions and organization.  Additionally, the task force would be charged with identifying opportunities and funding sources to expand broadband infrastructure and statewide access, remove barriers that may hinder broadband initiatives, and enable the creation and deployment of new advanced telecommunications technologies.