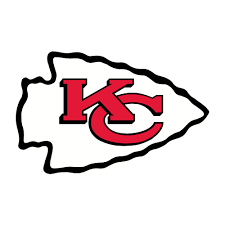 As we begin a new month, we are celebrating a Chiefs Super Bowl victory! What a run Coach Reid and his group made and the impact this season will have on history will be played out in the years ahead. Before we get into a couple of issues, I was remiss last week to celebrate Allie Ragsdale, a student from Phillipsburg who was one of the regional winners of the “If I were Mayor for a day” contest. We also had several visitors from home including Board members and staff of Prairie Land Rural Electric, Western REA , Midwest Energy and Sunflower Electric Cooperative. Nex-Tech’s Jimmy Todd, Rhonda Goddard and Mendi Alexander plus Norton and Ellis County Commissioners and Phillipsburg Mayor Lance Munyon. This week, we are scheduled to see many other county officials and folks with rural development and travel and tourism.

Last week the Senate passed our SCR 1613, the Life Amendment to the Kansas Constitution, this week the house is scheduled to take it up. I remain pro-life and will be supporting this resolution, and if passed will go on the August Primary Election ballot for all Kansans to vote on, we will talk more about the timing further in this column.

There has been a whole lot of talk from folks about what this proposed change to the Kansas Constitution would mean but let me share a few thoughts about what it really means: 1) The amendment is not a ban. It simply returns us to the way things were from 1861 to June of 2019. The legislature regulates abortion subject to federal law and U.S. Supreme Court cases. 2) Under our constitution all power is inherent in the people. When new interpretations of our constitution change how things have been understood for over 150 years, I believe the people should be asked if they agree. I think we have nothing to fear by asking them.  3) The amendment does not set policy; it merely asks the people of Kansas who should make decisions in this area.  4) Reasonable safety regulations benefit mothers and babies and are best established by the legislature.

I have heard passionate responses from constituents on this issue, the best way to ensure decisions on this important topic remain with the people is to allow their elected officials to study, debate and enact policies that are supported by the public.  Now, if the Hodes v. Nauser decision had banned abortion in Kansas, those who are most against this amendment would be demanding that one be proposed to address the case.

I take very seriously the idea of opening up our Kansas Constitution, but constitutional amendments are the check and balance for cases that make new law, change the way we’ve normally done things, or remove power from the people.

There has also been a lot of discussion about November v. August, when it comes to placing the issue on our ballot.   Every Kansan who wants to be heard on this issue should be. August elections allow for that just as much as do those in November.    The Senate’s amendment allows for any independent or third-party voter to go to the polls and vote on this question without having to declare a party.  Each side of this issue deserves the ability to make their case before the voters of Kansas. We will have a large ballot in November with a presidential contest, U.S. Senate race, a congressional race, and state legislative seats to choose from. the amendment would appear last on the ballot may be overlooked and not get the full and fair hearing it deserves. Stay tuned for further developments.

I serve on Appropriations, Taxation and Chair Higher Education Budget and this week we are starting the deep dive into budget requests and recommendations for the FY ‘21 budget.