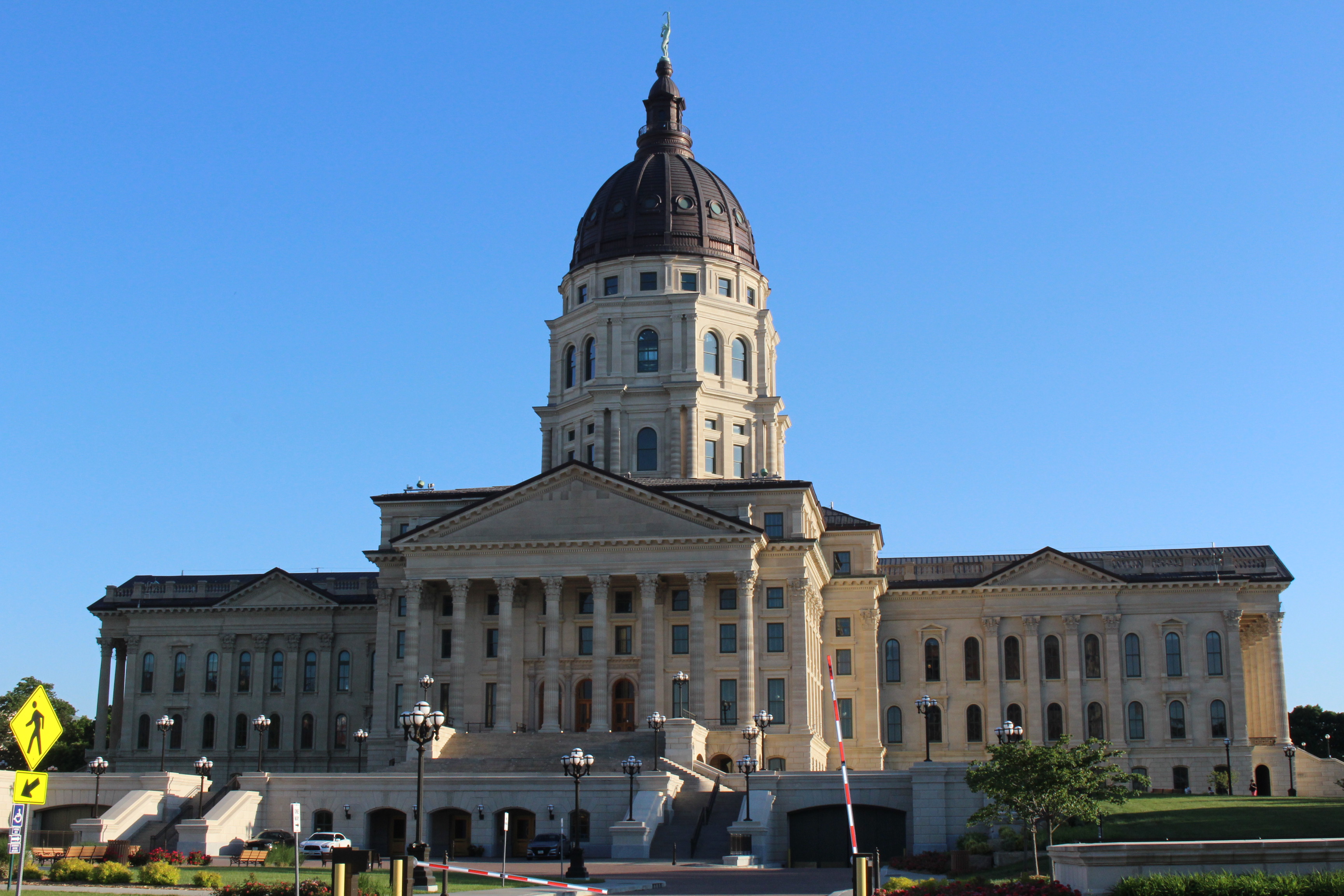 Hello from Topeka!  Happy 158th Birthday Kansas! On Tuesday January 29th, the Kansas House joined citizens across the state in celebrating the 158th birthday of our great state.  Representatives raised their voices in the singing of our state song, Home on the Range.  Home on the Range has its origins in the poem, “My Western Home,” written by Dr. Brewster M. Higley in 1871 near Athol.

This week begins the budget hearing process, in Higher Education Budget Committee we will hear from the regent universities, community colleges and technical schools over the next two weeks.  Last week, the Commerce Committee, the Department of Commerce presented an overview of the state’s economic incentive programs.  They highlighted their 2018 top successful projects: Geico in Lenexa, Spirit AeroSystems in Wichita, Great Plains Manufacturing in Abilene, and Hopkins Manufacturing Corp. in Emporia.  Additionally, they reviewed the state’s various incentive programs including Promoting Employment Across Kansas (PEAK), High Performance Incentive Program (HPIP), Rural Opportunity Zones (ROZ), Sales Tax Revenue (STAR) Bonds, Angel Investor Tax Credit, and the Job Creation Fund.  Per the department, during the 2018 calendar year there were 138 successful tax credit projects, which generated 11,548 jobs, with a total capital investment of $1.7 billion.  The committee did express a desire to improve transparency with data concerning economic incentives.

The Commerce Committee also heard testimony on HB 2006, a bill that would require the Department of Commerce to establish a database for publishing information on economic development incentive programs.  This database must be easily accessible digitally to the public, and would be managed and updated by the department, and would include any tax credits, locally-granted property tax exemptions, and other various programs.  This bill is an exact duplicate of 2018 HB 2572, which passed the House with a vote count of 114-7 last year, and also passed the House 119-0 in the form of 2018 SB 449.

Proponents including Rep. Kristey Williams (R-Augusta), the Kansas Policy Institute, and Johnson County Commissioners Michael Ashcraft and Mike Brown (both of whom were testifying as private citizens).  They asserted that a public database that is easily accessible would improve transparency efforts, and the state needs to ensure that there is a tangible return and mechanism of accountability with these programs.  Opponents to HB 2006 included the Kansas Chamber of Commerce and the Kansas Economic Development Alliance.  They contended that the Kansas Legislative Research Department ought to conduct an independent review of each tax credit, rather than placing taxpayer information online.  This would also allow the Legislature to make informed decisions on whether to continue each economic development incentive program.  Taxpayer confidentiality was also a concern of the opponents.  No action has taken place on this bill.

On Tuesday, Wichita State University’s Center for Economic Development and Business Research (CEDBR) presented their Kansas Economic Outlook report to the committee.  Chiefly their research found that a recession is looming recession, with a 30% chance of occurrence in 2020, and a 50% chance of one taking place in 2021 or later.  Jeremy Hill, Director of CEDBR, expressed serious concern for the Kansas economy, specifically the aerospace industry—a decline of aerospace production in the past couple of years and civilian aircraft exports have remained flat.  However, he remains optimistic as aerospace employment has increased recently, and also expansion of national defense spending is likely.  Hill also highlighted crude oil production in Kansas, which has been steadily declining since the 1980s, but also stressed how Kansas  have avoided overproduction and related issues.

Another issue which is seeing a lot of attention is sports betting. Last week, the Federal and State Affairs Committee heard testimony on HB 2032, which would require that any sports gambling authorized by the Kansas Lottery be conducted exclusively at racetrack gaming facilities.  This bill was sponsored by Rep. Stan Frownfelter (D-Kansas City), who was also the sole proponent.  Additionally, testimony was presented on HB 2068, a bill that would create the Sports Wagering Act.  Essentially, this would legalize sports betting through the Kansas Lottery.  The Lottery would able to conduct and operate sports betting itself and would be allowed to do so by entering into a contract with lottery vendors and racetrack facilities.  As the bill is written, 0.25% of the total amount wagered is paid to the appropriate “sports governing body” (MLB, NBA, NFL, etc.).  6.75% of the total amount wagered minus what is paid to the governing body will then be deposited into either the Sports Wagering Receipts Fund, or the Lottery Operating Fund.  No action has taken place on either of these bills.

Chairman John Barker (R-Abilene) appointed a subcommittee to study sports wagering, specifically to examine the logistics of sports betting mobile apps, and to also assess how much governing bodies ought to receive from sports betting earnings.  Dates for this subcommittee have yet to be determined.

This past week there were several folks from the district in Topeka:  Tim Driggs, City of Phillipsburg; Bret Greenwood from Plainville and many folks from Prairieland, Wheatland and Midwest Energy who were in town for meetings.  It was a busy weekend with an appearance on “Kansas Week” on Wichita Public TV on Friday, then Saturday began in Hays for a chamber legislative update, on to the Phillipsburg Chamber and Main Street annual banquet and then Norton Community Foundation Gala.  The week was complete by attending the annual Ground Hog Day pancake feed in Agra.  It is always great to see so many folks and have the opportunity to meet one on one, so they can share concerns or ask questions on pending legislation.