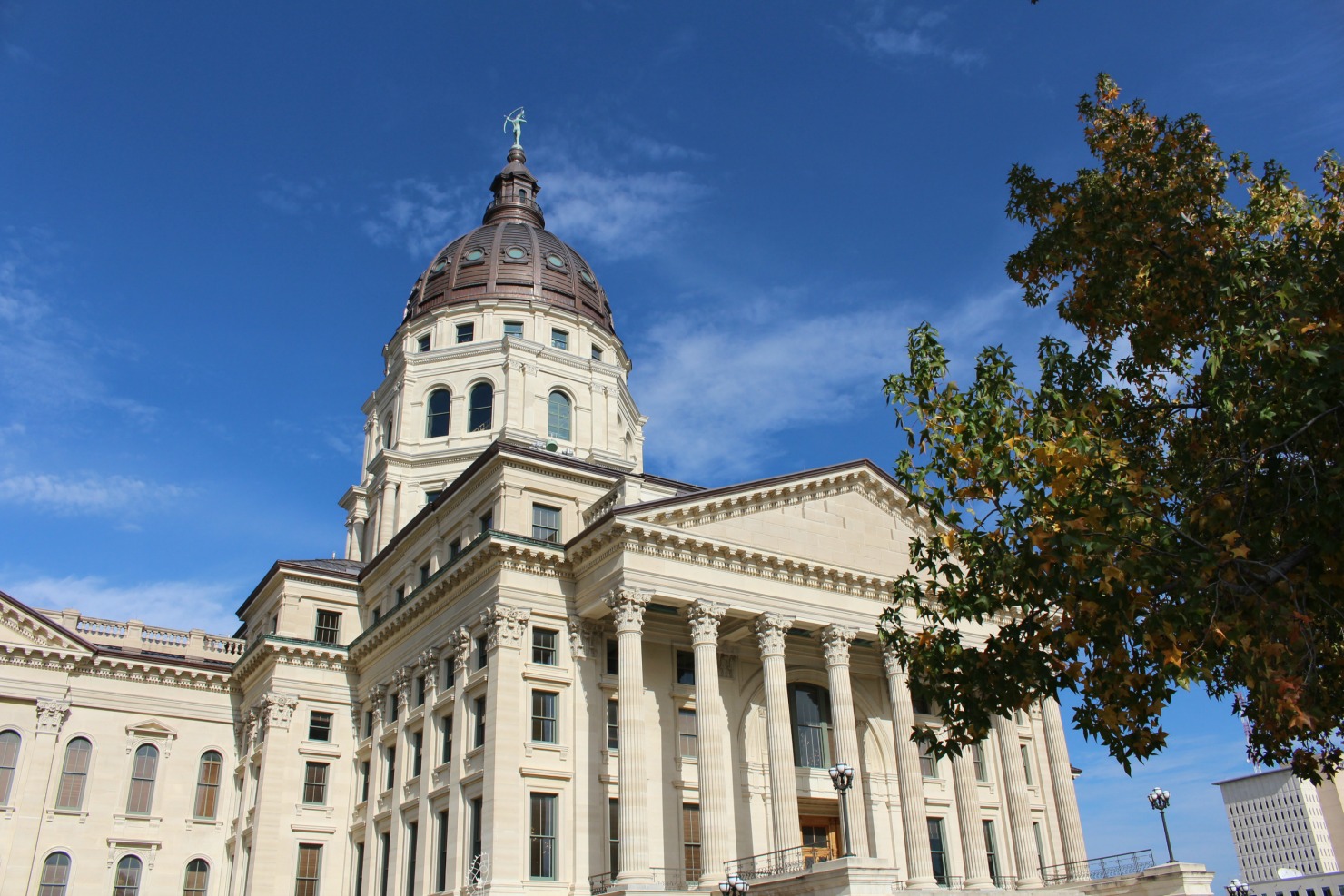 Hello from Agra! This past week the Legislature reached its halfway point, known as Turnaround Day. Turnaround marks the last day for non-exempt bills to be considered in their house of origin. The House’s focus will now shift primarily to working bills that were passed by the Senate during the first half of the session, while the Senate takes up the bills that the House passed.

The House devoted this last week to floor debate, working a total of 68 bills. Those bills now go to the Senate for consideration.

KEMA: The 2020 Legislative Session was cut short by the pandemic. As a result, the Legislature had to move quickly last year to address the public health emergency. Prior Kansas law had been written to deal with emergencies like natural disasters and animal health disasters, therefore, the Kansas Emergency Management Act (KEMA) was not structured to accommodate a human pandemic, like COVID-19. Because of that, Kansas law had to be altered to reflect this type of emergency. These modifications were made this past summer during the Special Session in House Bill 2016. During the interim, a Special Committee on KEMA met to make a report of recommendations on how to address issues raised during the pandemic and how to go forward with this disaster and future disasters.House Bill 2416, which the House debated and passed this week, makes further changes to KEMA. The bill strengthens legislative oversight during a disaster, and it ensures that local control is retained. Provisions include having Governors coordinate with the Attorney General and Legislature in the event of a disaster.  Citizens also are provided the opportunity to go before a judge within 72 hours of an order that affects them. The court is to use strict scrutiny if the order affects business, civic, or religious activity.

Other key provisions of the bill include:1)  A Governor may declare a disaster for an initial period of only 30 days 2)During those 30 days, only limited powers may be used. After that initial 30-day period, the Legislature, if in session (or Legislative Coordinating Council, if not in session), may extend the disaster declaration ad allow for continued use of limited powers. The Legislature (or LCC) also has the option to extend the disaster declaration without allowing for the exercise of powers. 3) Any order issued by the Governor, must be submitted to the Attorney General, who is given 24 hours to review and comment. Then the LCC will meet within 24 hours. The LCC may: approve the order; deny the order; or suggest changes to the order, which the Governor may choose to make. If the Governor does not make changes, the order is rejected. 4)  The Legislature can revoke any order issued under the more general powers 5) The bill maintains language from Special Session HB 2016: a) Counties can still override local health officials b) Counties can still be less restrictive than an executive order c) Governors cannot seize guns, ammunition, do something illegal or unconstitutional, close schools, or change an election with executive orders.HB 2416 passed on a vote of 81-40. The bill now goes to the Senate for its consideration. The Senate has passed its own bill regarding changes to KEMA in Senate Bill 273. A conference committee has been appointed to negotiate differences between the House and Senate bills and assemble the final version of KEMA legislation.

Is this bill perfect?  No, I am hopeful the conference committee continues to make it a stronger bill that can be supported by a veto-prof majority in the House and Senate, as the Governor has said she will veto any bill regarding a change in emergency management procedures.  But if the far right and far left do not like it, it is probably close to a compromise that we need moving forward.  If something is not agreed to by the end of the month, all that is in place now goes away.

Unemployment Overhaul: The House passed House Bill 2196 last Thursday, a measure to push Governor Kelly to overhaul the Kansas Department of Labor’s (KDOL) unemployment system. It is widely known that KDOL has experienced ongoing issues in assisting Kansans who need immediate assistance. The goal of this bill is to remedy that, to make sure that the administration addresses the current problems and to guarantee the long-term stability of the state’s unemployment trust fund. The bill contains three main components: 1) Oversight & IT Modernization. HB 2196 creates oversight to ensure IT system upgrades are implemented at KDOL. The bill also requires the department to implement over 30 features and components in their upgraded IT infrastructure to ensure security and convenience for Kansas workers. 2)  Fraud Immunity. The bill provides protections so that Kansas businesses are not left to pay the price for fraudulent claims paid out by the department over the past year. Prior the pandemic, the unemployment trust fund was stable with more than $1.2 billion in reserves. Today, less than $200 million sits in the fund’s reserves due to an unknown chunk of those dollars being paid out in fraudulent claims that were not authorized by employers. To add insult to injury, according to the Legislative Post Audit from last week, potentially $600 million in unemployment benefits were disbursed since the pandemic began. Employers should not bear the burden of replenishing funds that were lost due to fraud. 3) Rate Table Adjustments. Because the trust fund is exclusively paid for by employers, employers would be required to pay exorbitant amounts in taxes to refill the trust fund due to the non-fraudulent claims paid out through this pandemic. While employers understand taxes will have to be paid to restore the health of the trust fund, there are structural limitations in the rate tables that – if not addressed - would leave employers to disproportionally pay back the fund. HB 2196 seeks to remedy that, establishing parity for businesses by proposing new rate tables that will spread the restoration of the trust fund more evenly across the employer community.  This does not mean my office will stop advocating for those who are still waiting to reach the Department of Labor to get the unemployment or fraud issues resolved.  There are many more things to talk about and we will do that in the coming weeks.  You can also follow and like the Ken for Kansas facebook page for updates.

Because of COVID, we are not encouraging visitors to come to Topeka but if you would like to contact me: my office is still located in Room: 149-S.  My phone number is (785) 296- 7463 and email is: ken.rahje@house.ks.gov and you can always try my cell number at (785) 302-8416.   When you call or write you might hear from Terry Bernatis, my assistant during the session.  It is my honor to be your representative.