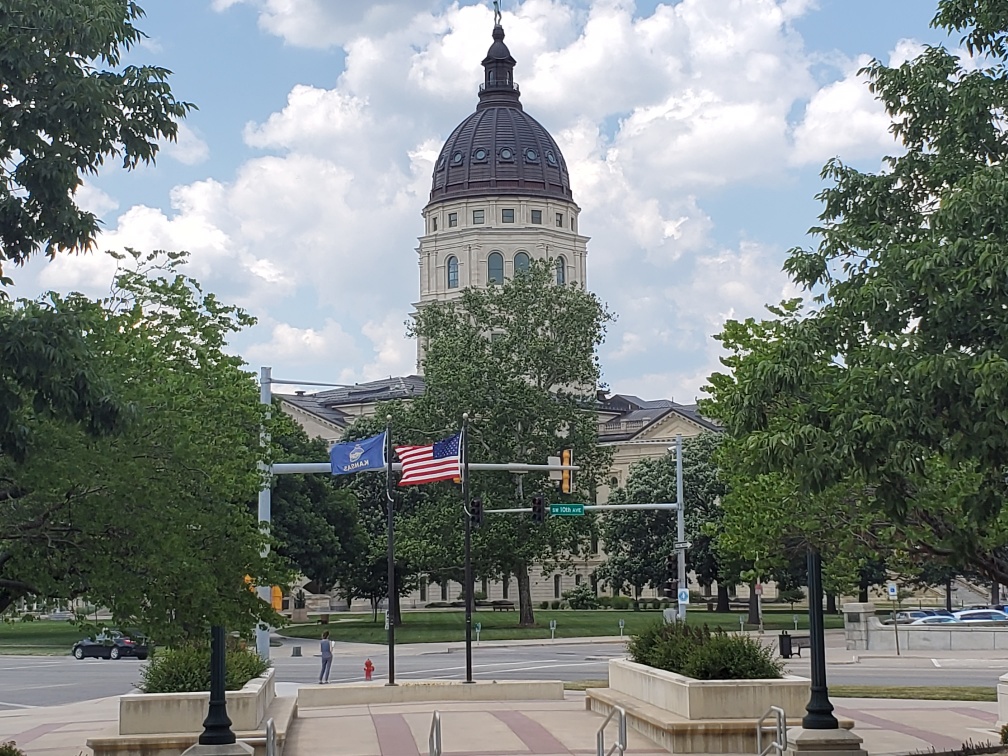 Hello from Topeka!  We begin the month of March wrapping up the first half of the 2021 session.   We will be off the first of next week as bills passed out of the house get prepared to go to the senate and vice-versa. We are scheduled to have first adjournment on Friday, April 9th, so the next few weeks will be very busy.

Progress in continuing on the Hwy. 383 project.  In case you missed the announcement: The Kansas Department of Transportation has extended the public comment period regarding options to improve a portion of K-383 in Norton and Phillips counties. Comments will now be accepted through March 19.

The section under consideration spans approximately 14 miles starting near Almena and ending 2.5 miles east of Long Island. KDOT, in conjunction with Wilson & Co. and GBA, have proposed three different construction alternatives for public review. Brochures detailing the project options are available for the public at the Almena and Long Island community buildings. The information can also be viewed online at www.k383almenatolongisland.com.

Comment drop boxes are also located in the Almena and Long Island community buildings.  Again, the deadline for comments is March 19.

Our office continues to work with the Department of Labor (DOL) when it comes to unemployment claims.  It is an extremely frustrating process and what was a few days to get someone at DOL to handle the situation has now ballooned to two weeks.  People are frustrated, angry and understandably at their wits end.

Another big story in the news was the report released last Wednesday by the  Post Audit Committee, this is a bi-partisan group of legislators that review the findings from an independent audit on how the Kansas Department of Labor (KDOL) has handled unemployment claims during COVID-19. The audit was initially requested by the committee to investigate a myriad of issues taking place at DOL, mainly around Kansans being unable to access the unemployment system and receive benefits.

Key findings from the audit reveal serious fraud: 1) Of the unemployment benefits KDOL paid out in 2020, about $600 million (24% of claims) could have been fraudulent. 2) Kansans could owe taxes on benefits they never filed or received because of fraudulent claims, if not reported to or stopped by KDOL. 3) The state’s unemployment trust fund balance has declined 75% in one year, from $1 billion in January 2020 to $247 million in January 2021. 4) Kansas employers, including schools and not-for-profits, could be financially responsible for fraudulent claims filed.

The fraud portion of the audit encompasses data from 2020 and does not yet include an analysis of 2021. However, based on the spike of initial claims at the beginning of 2021 (see graph), the $600 million estimate of paid fraudulent claims is expected to be higher once Legislative Post Audit has reviewed the 2021 data.

Earlier this year, legislators were instructed to relay information to KDOL about Kansans having trouble accessing unemployment benefits. Legislators were initially told their constituents would be called within a few business days, but as we mentioned earlier, that timeline evolved to 5-7 business days, and has now jumped to over two weeks. This issue has been looming since the beginning of the pandemic with many Kansans unable to get through to anyone at the KDOL.

With the audit findings, a lack of identifiable improvements over the past year, the possibility that Kansas employers could be held financially responsible for KDOL’s pay-out of fraudulent claims, many have expressed concern about the ability of the Governor’s administration to adequately address the   problems. In response, the House is working on House Bill 2196, which is aimed at driving immediate and long-term solutions at KDOL so that it can provide relief, as intended, to all Kansans who are struggling to receive their benefits. The Senate is working on one also. It is unconscionable that KDOL has been able to pay-out so many fraudulent claims while at the same time failing to pay-out claims to Kansans with legitimate claims. This is not a partisan issue and now is not the time for blame or Monday Morning Quarterbacking, it is time to come together and get it fixed Kansans are not data based and numbers, they are your family, friends and neighbors and need to be treated with respect and dignity.

It was good to see Graham County Sheriff Cole Presley. He was in the statehouse testifying on the medical marijuana bill. Sheriff Presley serves as President of the Kansas Sheriff’s Association.  Thank you to all of law enforcement personnel in the 110th District, thank you for protecting and serving.

Because of COVID, we  are not encouraging visitors to co me to Topeka but if you would like to  contact  me: my office is still located in Room: 149-S.  My phone number is (785) 296- 7463 and email is: kenn.rahje@house.ks.gov and you can always try my cell number at (785) 302-8416.   When you call or write you might hear from Terry Bernatis, my assistant during the session. You can also follow me on Facebook at Ken for Kansas.