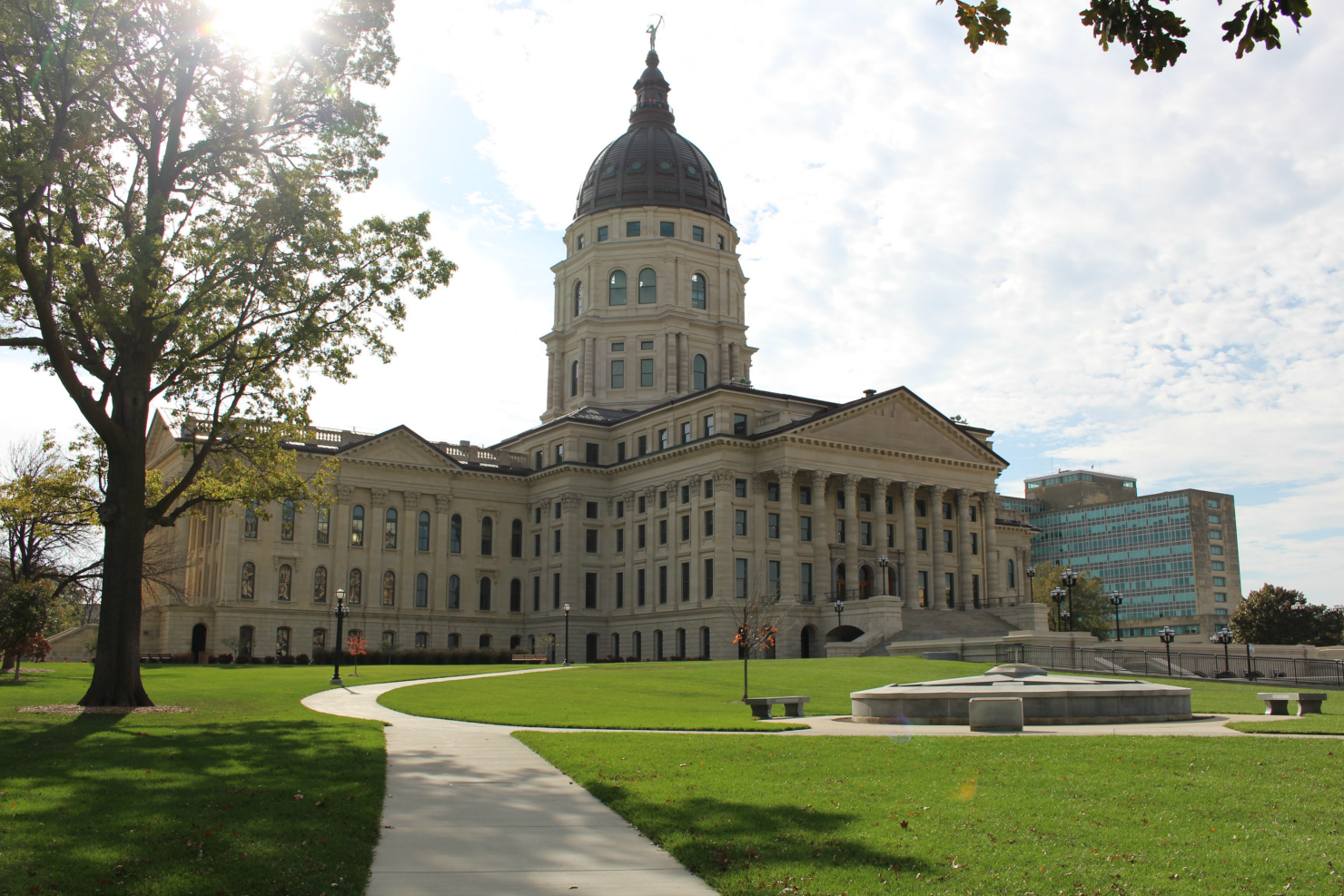 Hello from Agra!  This week is known as “turn around” and marks “half-time” of the 2017 legislative session.  Many of us are spending the week holding legislative updates and preparing for the second half.  So far, the Kansas House has passed 91 bills this session. 53 bills were passed by the House this past week.  Yet again this session financial issues are the main focus and we are just beginning to formulate the future of a new school finance formula.

Additionally, the Committee introduced two bills.  One I introduced contains contents of HB 2178 without a top income tax bracket and the other is the LLC non-wage business tax exemption. These are starting points once again and we will continue to work with anyone who wants to find solutions and the votes to get something to pass and will be enacted.

There are some committees which are called exempt, because they can still originate bills and pass out of committee for the house to consider, a couple of those are appropriations and taxation.

The Appropriations Committee will return to complete its hearing of the Budget Committee reports.  The Committee will hear the final report on March 13 and then begin the process of putting together recommendations into the Mega budget bill (HB 2364) and the Judicial Budget bill (HB 2365).  Another key piece of budget legislation is HB 2052, the rescission bill (the FY ’17 budget bill) and the Pooled Money Investment Portfolio bill (HB 2161), which currently reside in Senate Ways and Means.

On March 6th, Non-exempt committees will begin work on Senate bills and any referred blessed House bills.  The K-12 Education Budget Committee has heard school finance formulas, which have all been “blessed” or exempted from legislative deadlines, and will begin deciding which components will become the final Committee bill.  The Committee on Children and Seniors will continue looking at HB 2019, which establishes a foster care oversight committee, and HB 2232, which addresses electronic monitoring in adult care homes.  The Government Technology, and Security Committee requested three bills to be blessed (HB 2331, HB 2332, HB 2359) and will continue working these bills to address internet security concerns in Kansas.

The other big issue so far this session has been the possibility of Medicaid expansion. Earlier this month, HB 2064 received three days of live-streamed testimony in the Committee on Health and Human Services Committee, with one day each devoted to all proponents, one to all opponents, and those neutral.  Over 150 individual stakeholders, hospitals, advocacy groups, and private citizens expressed their concerns for and against the measure to expand Medicaid.  On Monday, the committee made a motion to table the bill until next year, which failed to receive a majority of vote with a vote count of 8-8.  A second motion was made to table the bill until April 3rd, which prevailed with a vote count of 9-8, successfully tabling the bill.  Later on Wednesday, the Committee of the Whole adopted an amendment to insert the contents of HB 2064 into HB 2044, bypassing the committee process and effectively modifying the bill for the purpose of expanding Kansas’ Medicaid Program.  Five other amendments were proposed to revise the bill in its new form, but all were rejected by the body.  The final vote of the amended bill was 81-44.  The bill has been sent over to the Senate and has been referred to the Public Health and Welfare Committee.

I voted against the bill, while I talked with many health care providers and hospital administrators, I believe there are still a number of unanswered questions on how the plan will be supported if and when the federal government stops paying as much as they start out with.  I do not want to place more of a burden on land owners in the form of property taxes, as that is the way I see this possibility playing out.